"A Meeting of the Sunbonnet Children"
by Betty J Hagerman (1979) 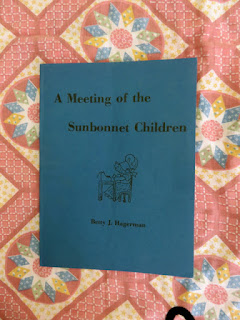 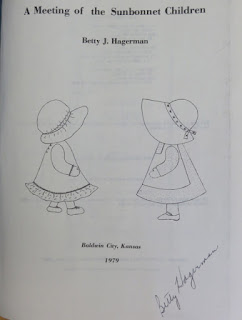 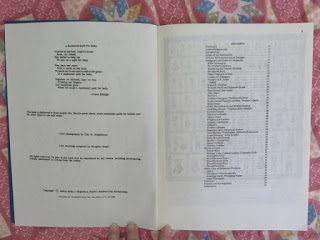 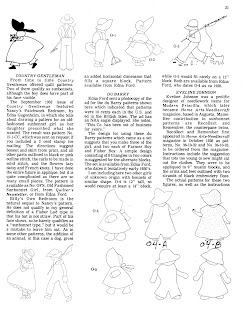 Then how did so many wind up in my Quilt Cabin? 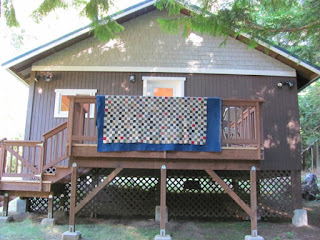 That could be a rather long story. How about we go with the short version. As I was moving quilts about the cabin recently, I suddenly realized I had so many SBS quilts that I could no longer ignore the fact that I must have been unconsciously collecting them.

Most are rather eccentric and roughly made though. The photo below says it all. 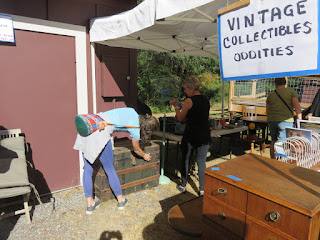 (Below) Overall Sam/Bill hides his light under a lampshade. 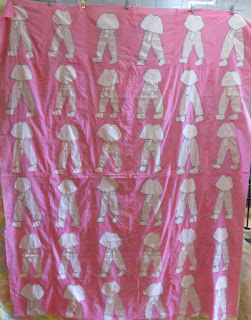 However, there are a few very nicely made examples as well. 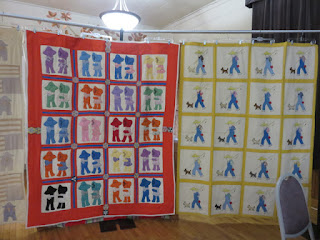 The most exciting part of collecting is the hunt, some say. But for me, there is also the documentation. That is another kind of "hunt" and requires time and sleuthing skills....and often sheer luck. Take "Sue Dusting the Flowers" as a case in point, a quilt added to my collection in November 2017. Whimsical, no?  I had never seen one like it before! 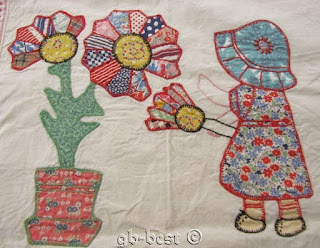 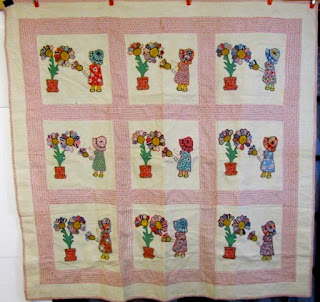 Now to find the source of the pattern.

The first thing I did was check my copy of Betty Hagerman's book which you saw at the beginning of this post. Nada.....though there were a couple of designs that one could see might have inspired someone to rift in this direction, creating their own unique variation of SBS. But there certainly was no exact match.

Then I checked two other books in my personal library: Quilts for Babies & Children by Dolores A. Hinson (1983), Barbara Brackman's "Encyclopedia of Applique" (1993). Again, nothing.

But Lady Luck came a knocking the very next month via eBay. Though she didn't bring me the complete answer, she gave me a strong clue as to where to go digging next.......published embroidery patterns maybe? 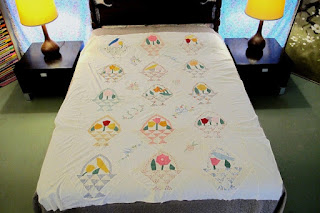 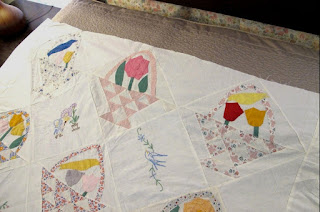 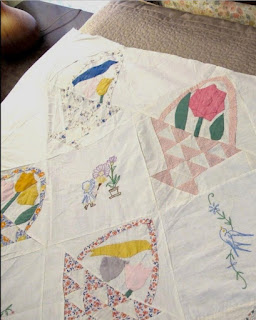 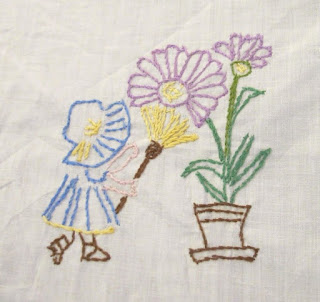 Somebody inspired somebody.  Which came first?  The embroidered version or
the appliqued version? What do you think?
If you have any leads or clues, please leave a comment!

I hope to hang an exhibit of my eclectic SBS and Overall Sam collection next May or June telling the history if images of children and human figures on quilts. The exhibit will be here on Lopez island and will be a fund fund raiser for the maintenance of Woodman Hall, one of the oldest community buildings on the island. I hope to wrap it in with a meeting of the Washington Quilt Study Group as well  so stay tuned! 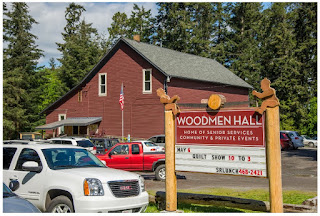 (I think we need to tweak this sign a bit so it is Sue & Sam doing the sawing!)
Click here to see more of my wacky SBS quilts and tops.

PS: See it again here: http://barbarabrackman.blogspot.com/2018/05/sue-narratives.html
Posted by KarenQuilt at 6:30 PM No comments: