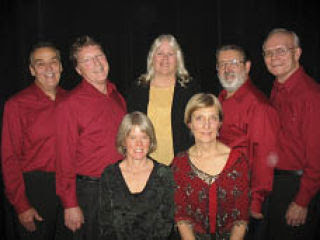 Can't resist taking a moment to share my DH's talents with you. As some of you may know, music is Gary's passion like quilt history is mine.

Gary has played saxophone and clarinet since junior high school. Click hear to see him on YouTube. He is playing as guest clarinetist with Pearl Django, a Seattle group that was visiting Lopez recently. A friend surprised us by filming it and then posting it. You may catch a glimspe of yours truly also.

We actually met thru music in college. In those days I was still doing solo work. However, unlike me, music has remained a passion with Gary all his life and he has continued to play on the side wherever we have lived. When we moved here he was invited to join the a cappella octet Lopez Sound. See a recent story in the news about them here. The group was formed the year before we moved here.


In 2003 they began an annual Christmas concert in a beautiful old church built in the late 1800s that seats only about 100 people that has now become a tradition here on Lopez that everyone looks forward to. 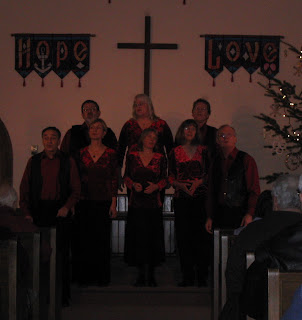 The first year they held two concerts by candle light. The next year they held three and turned away even more people. So now they hold five concerts the week before Christmas...all because the acoustics and atmosphere in this little church are so spectacular that no one wants to hold it anywhere else.

In July 2006 Gary flew to Indiana at my request to attend Jinny Avery's induction into The Quilters Hall of Fame so that he could play jazz with her in a pick-up band I put together. Did you know that in addition to being an amazing designer and quilter, Jinny is a wonderful jazz pianist and has held a jam session in her home once a month on Sunday for 50 years? This woman is amazing! Read another article I wrote about Jinny Avery here. 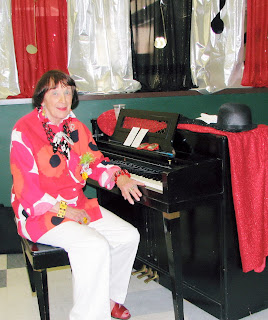 And, Yes! She is still playing! I wish I had had someone tape her that night in Marion!

Virginia Avery at the piano

PS: to make this at least a little bit more quilt related, I have added the last quilt my MIL made and gave to me Christmas 1998. This was the last quilt she was able to make for us before she passed away at 82 just a few short months later. 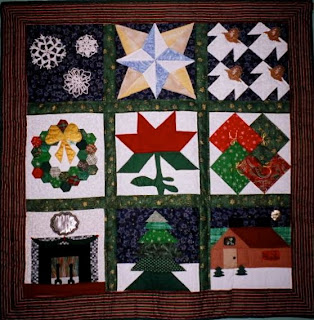 Posted by KarenQuilt at 5:35 PM No comments: