The Rabbit Holes of Research

How I got from Clara R. Brian to Richard Hofstadter! 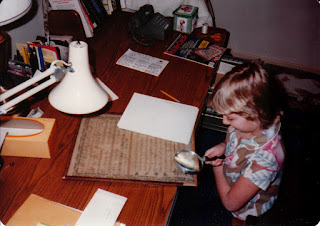 Youngest daughter Lori studying an old embroider sampler my father found in the old family homeplace in the Shenandoah Valley after he inherited the house in 1974.